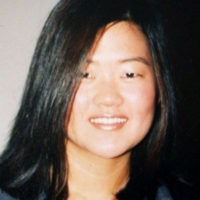 The Delphi Murders refers to the murders of two friends Abigail Williams (13) and Liberty German (14). Their bodies were found on Valentine’s Day — Feb. 14, 2017 — a day after they went for a walk in the woods on the Delphi Historic Trails in Carroll County, Indiana.
Since then, police have analyzed tens of thousands of tips and conducted multiple news conferences. Hundreds of officers have worked on the case. It has been featured on national TV programs, including “Dr. Phil” and “The Dr. Oz Show.”
But, so far, no arrests have been made. And no new significant details have been released about the investigation.

The girls were dropped off near the Monon High Bridge, just east of Delphi, at about 1 p.m. on Feb. 13, 2017.
They were supposed to be picked up at the same spot by a family member at around 3 p.m. But Abby and Libby never returned.They were reported missing sometime after 4 p.m. that day. Searches were conducted that evening and the next morning, before the girls’ bodies were discovered shortly after noontime on Feb. 14, about 15 meters from Deer Creek and a 800 meters east of the bridge.Law-enforcement authorities have not spoken about the estimated time when Abby and Libby are believed to have died — and they likely
never will, unless there is an arrest.

Next Article The disappearance of Erika Ansermin